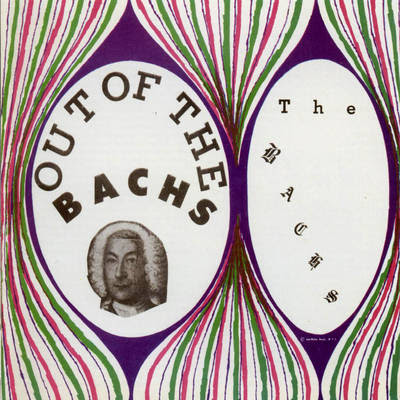 The original post of this article was featured in Optical Sounds Fanzine and written by me originally sometime earlier this year, please support the fanzine by visiting their website here... http://opticalsoundsfanzine.bigcartel.com
In the year 1968, five teenagers got together and created what to me is the finest moment in psychedelic garage band history, the band; The Bachs. the album; the groups only recorded output. the aptly titled 'Out Of The Bachs'.
During the year 1968, the hippy era was thankfully dead, the teen-beat era was just a distant memory. 1968 was a musical wasteland and in this mystical of years five teenagers based in Illinois got together and crafted one of the finest albums of their generation. 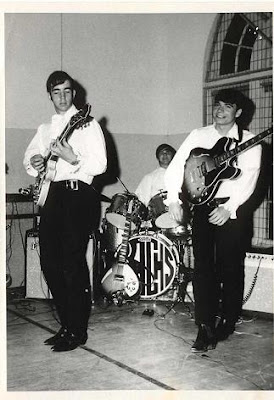 The band formed in 1966 in the Chicago suburbs of Lake Forest and Lake Bluff, the group were together for 3 years, mostly playing school dances and various other shows in their local area. In 1968 they self financed and put-out their LP privately, they managed to put their 'Out Of The Bachs' album out and pressed around 100-150 copies (exact amount is unknown to me and is debatable amongst collectors), this means original copies of this album are exceptionally rare and extremely expensive too.
The album was released as a means for the band to say 'goodbye' to their fans and also to document their time together as a band.
'Out of The Bachs' features twelve stunning, original penned tracks (which during the time was rare, as most albums usually featured a bunch of covers) written by band members Blake Allison and John Peterman.
The Bachs were -
Blake Allison - Bass Guitar and Lead Vocals.
John Peterman - Guitar and Lead Vocals
John Babicz - Drums and Percussion
Mike De Have - Rhythm Guitar
Ben Harrison - Lead Guitar 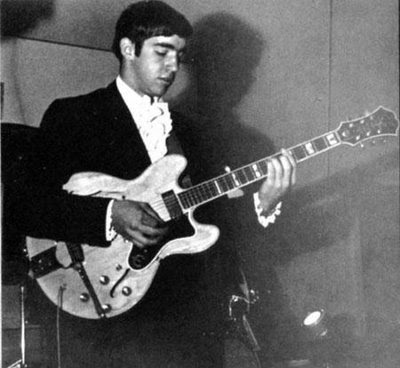 'Out of The Bachs' is one of if not, my all time favourite album within the garage genre, the songs fit the zeitgeist of the times and for me are a perfect insight into the mindset of a group of young men in 60s America.
The album opens with the triumphant and angst-ridden 'You're Mine', this is a song I totally relate to, the song opens with the desperate plea "You Better Listen To My Advice, He Don't Treat You Very Nice"... the song continues in a frantic manner akin to Arthur Lee and Love's debut; killer jangle and punk attitude.
Following on from this initial teen-punk explosion, the mood takes a turn and what proceeds is the wonderful moody monster which is the track 'Pleasure Of Your Company' which features haunting harmonies, mood altering melodies and heartfelt desperation in the lyrics, Innocent love torn confusion commited to tape.
The album then tail spins into a psychedelic summer vibe with the stoned hay-fever like evocations of 'Free-Fall; which sends the mind into a dizzy ecstasy that makes the listener comfortably happy and numb at the same time.
'I See Her' turns the speed up a notch of which The Bachs turn the jangle button up and sing a track about one of those 'girls' that tend to ignore guy's like us (me and the Bachs), amazing guitar riffs and yet again harmonies which take the breath away.
Side 1 of the LP finishes on what can only be described as the best ending to a vinyl side ever!!!, side one ends with two amazing moody garage classics. 'My Independence Day' which is my favourite song on the album, features an amazing chord progression, fantastic instrumentation and an amazing dual vocal shared between Peterman and Allison, to top it off there is interweaving harmonies about finding and losing love. the song is so full of teen confusion and subsequently is one of my personal favourite songs recorded.
The final track on Side 2 is 'Minister To A Mind Disease', which breaks into the paranoia of psychedelia, here we have a track so rooted in being 'freaked out' that just by listening to it you'll suffer some anxiety induced panic attack, You only need to hear the ear-piercing fuzztone guitar solo to know that, that will clear any cobwebs that your mind holds within..."It's 6 o'Clock now and it's time to eat and rest your feet, of course you're hungry cos you eat to live or is it live to eat??"... mind boggling yet strangely wise??
Just before I begin to talk about Side 2, I want to remind the reader that this album was recorded by teenagers, yep!!! that's correct - young kids.
Their album during it's release was criminally unknown and I guess even to this day it is still considered an 'unknown' release even amongst garage and psych heads and collectors - which in my opinion is a real crying shame.
Side 2 kicks off with the total folk-psych dreaminess of 'Tables of Grass Fields' which sends the listener into more happy stoned vibes, imagine scenes of cornfields and walking hand in hand with that special girl (or guy) that you love in the summer sunshine is shining down and the world is perfect, well then this is the song for you, if you have that mindset currently going around your brain.
The next track 'Show Me That You Want To Go Home' is strangely contemporary sounding, again the lyrics point at love lost and the confusion of young love. Proceeding is the morbid 'Sitting' which instantly kicks in with minor chord 12 string jangle, this song is the tale of isolation, yearning and teenaged confusion and questioning.
This type of songwriting and subject matter and the total conviction with which The Bachs relay the message is a huge influence to me and my own music and well my life too. With regards to The Bachs you can't help but believe they lived the life they sung about - they were truly Outcasts amongst their peers and society, this is something I relate to, cos it's how I feel too.
After the misery-fest of the song above we drift back into hazy psychedelia with the track 'Nevermore' which is one of the stand-out tracks on the album for me, What I love is the call and response  in the vocals and I totally dig the desperation in the lyrics... The song moves along like a snake, amazing 12 string guitar jangle and extravagant songwriting craft and to top it off a ferocious fuzztone guitar solo that would have blown any of the guitar gods away!
The theme of teenage innocence continues on the next track 'Answer to Yesterday' which is a mournful heartbreak of a song and acts almost like an apology in record format, song such as this act as an anecdote to anyone who has lost someone in their lives.... these Guys REALLY understood the deal with things.
The album ends on a momentous high with the proto-grunge track 'I'm A Little Boy', the song is fantastically psychedelic and also highly mesmerising, I would classify this one of the finest endings to an album ever (just like side 1 ended hip too) and is a great swan-song for the band to end their short-lived career's on. 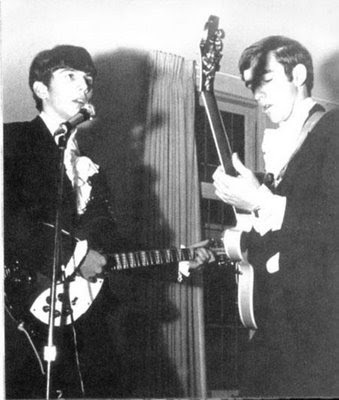 The Bach's were a tremendous group, their stand alone album is one of the hallmarks of 60s music for me and is also in my opinion one of the BEST albums out there.
Blake Allison and John Peterman were genius songwriters who wrote fantastic music and lyrics, the created the sound track soundtrack to my early to mid twenties and I still completely adore this album.
There have been many reissues of this album which sadly since the 80s have all been mastered wrongly at the wrong speed, Time-Lag records have recently reissued the album properly and it is almost as good as  original copies (apparently???, however it sounds great on my Hi-Fi).
Please find below 5 tracks from the album posted below - Enjoy!!! 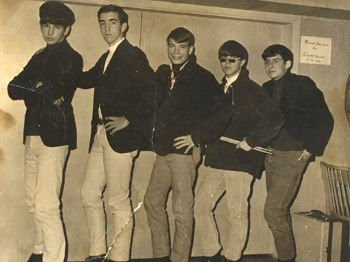 You're Mine
My Independence Day
Minister To A Mind Disease
Nevermore
I'm A Little Boy
Cheers
Paul Messis
Posted by Paul Messis at 05:29

Other Places I Dig